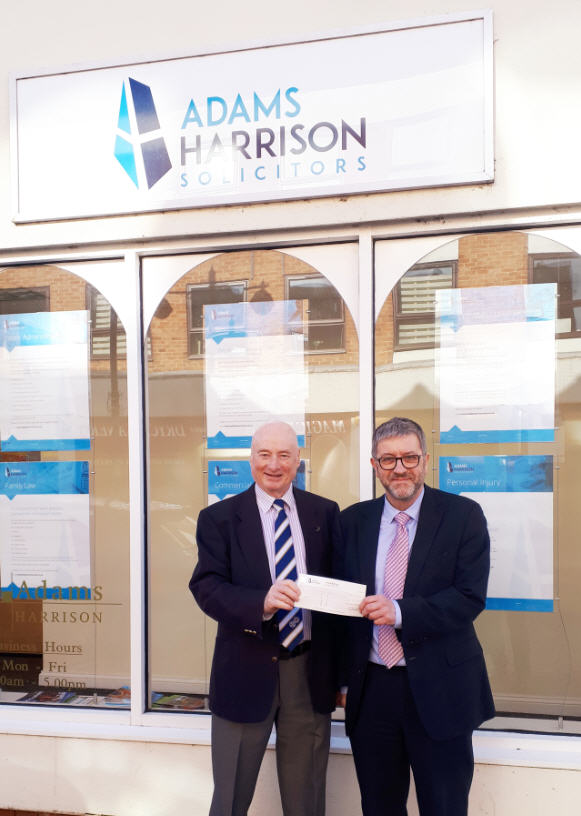 The donation is from the partners of Adams Harrison and part of the Christmas giving campaign. The firm’s other two offices, at Saffron Walden and Sawston, have similarly presented cheques of the same amount to their chosen charities.

This presentation was particularly poignant in that it was made one year following the passing of Paul Cammiss. The charity was chosen by staff and partners in memory of Paul who was a Partner of Adams Harrison from 1989 and continued his association until 2018. In his spare time, he was involved with Haverhill Roundtable and 41 Club for almost 5 decades, as well as serving other local organisations in a voluntary capacity.